In their own words: Ontario students voice opposition to Ford’s proposed education changes

Thousands of Ontario students left classes at 1:25 p.m. on Thursday and walked out of their schools. They were protesting changes to education announced by the government that would see average class sizes increase by one student in grades 4 to 8, and from 22 to 28 students in high school. Several school boards say it will lead to cuts in elective classes, including in art and technology and those in the skilled trades. The student-led protest was organized via spreadsheets passed among student leaders from Thunder Bay to Sudbury and Toronto, and using social media to promote the cause. More than 650 schools registered to walk out, according the Students Say No leader Thea Baines from Western Technical-Commercial School.

The Globe and Mail asked four students why they walked out of class at Toronto schools Western Technical-Commercial School, Ursula Franklin Academy, the Student School and Humberside Collegiate Institute. 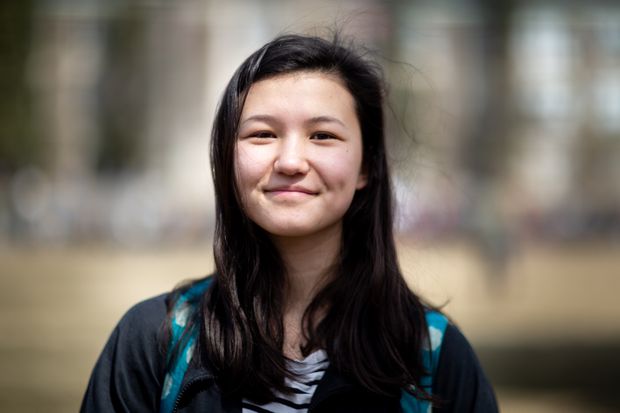 “I came here because I knew that Western Tech had a huge law program, and if a quarter of all the classes are going to be cut, those ones are the ones that will be cut because they’re not mandatory classes. I’m also in the gifted program, so funding for that will be cut as well.”

“I heard on the news someone was defending the class sizes saying it will prepare us for university, but adding 10 people to a class will not prepare us for lecture halls with 200 people. Having one teacher with 40 people will defeat the chance for one-on-one help, and the kids who need that won’t be able to get that.”

“I know that they’re trying to save money for certain things, but if they want to save money then it shouldn’t be cut out of education because education is what’s fuelling the future.” 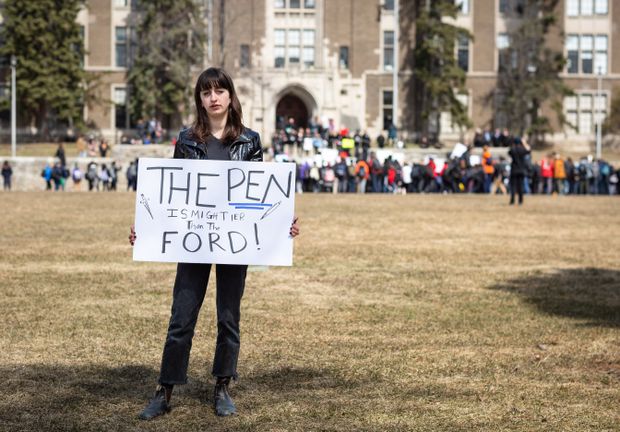 “I heard Doug Ford was planning on cutting, I think it was $1.4-billion in the next four years from our education and that’s really detrimental. I’m really worried about the jobs of teachers and the quality of my education.”

“I think teachers won’t be able to wrangle us. And I think dropout rates, like in e-learning has an almost 90-per-cent dropout rate I’ve heard, and I think a lot of people’s marks are going to go down and the chances of getting into university is going to be lower.”

“We actually care about our education. We’re being resilient by doing this – not through ‘going back to basics’ – I think that [plan] isn’t good. [Thousands of] students are leaving school today to fight for our education, so I think that’s a big, strong message that we care.” 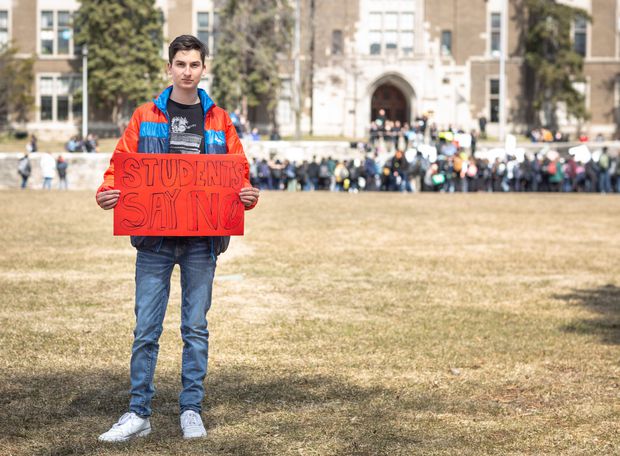 “I’m walking out because of Ford’s budget cuts. He’s been handed quite a large deficit, but cutting funding to schools should be the last thing you do – the last-ditch effort to get rid of the deficit, because it’s really going to bite you in the butt later on.”

“The teachers just can’t handle that many students all at once. I’m afraid because there’s going to be cuts to special education programs – I have a family member with Down syndrome – I’m worried that if there was someone like my family member who was struggling and not getting the help they need, it’s not really fair. And with the increased class sizes, I’m afraid it’s going to be chaos and someone’s going to get hurt.

“If the reason you’re doing this is to cut the deficit, you shouldn’t be cutting school programming. Taking money away from hospitals and schools should be the last thing you do.” 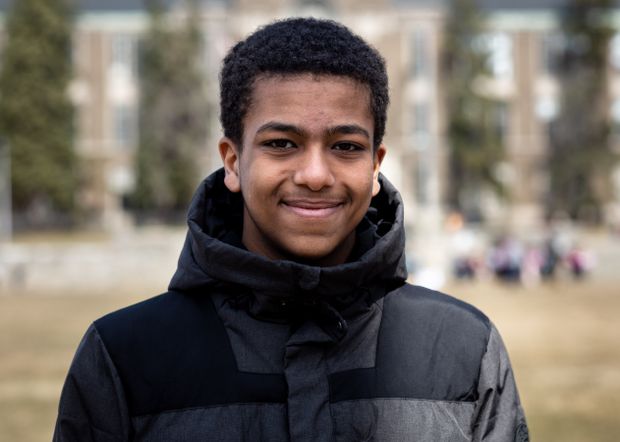 “The cuts to OSAP hurt me and my family and many other immigrant households. In cutting OSAP, you’re really limiting what the immigrant population is able to do.”

“With the staffing cuts and the course cuts, we won’t be ready to enter university. I’m afraid among the immigrant population the literacy levels may drop and the more popular schools will get more popular and have more and more students, and the unpopular schools will even less students and you’ll see less people complete high school and less people complete postsecondary and we’ll all take a blow from it at the end.”

What you need to know about juries, challenges and potential reforms